Act 1 Scene 1
At the Garter Inn. Doctor Cajus accosts Folstoff, Bardalfo and Pistolo. He claims they got him drunk and robbed him, which they deny. Cajus leaves, exasperated, swearing that next time he gels drunk it will be amongst decent, sober people.
Falstaff receives his bill from the host of the Garter lnn. He orders Bardolfo to search his purse, which is almost empty. He complains that sustaining Bardolfo's drinking habits is costing too much.
Sir John has written two letters, one to Alice and another to Meg - both beautiful women who hold the purse- strings of their husbands' considerable fortunes. He plans to capture their hearts, and thereby replenish his coffers. Bardolfo and Pistolo refuse to deliver them, citing "honour" as their reason. Falstaff orders his page to deliver the letters, and enlightens Bardolfo and Pistolo on his own view of "honour".
Act 1 Scene 2
In the garden of Ford's house. Alice and Meg have both received their letters, and are amused to find the wording identical. They hatch a plan to punish Falstaff.
Bardolfo and Pistolo inform Ford and Dr Cajus of Falstaff 's intentions. Ford is a Jealous man and is furious at what he hears.
Fenton and Nannetta steal a moment together in secret before hearing the other women returning. Alice dispatches Mistress Quickly to invite Falstaff to a private meeting with her.
Fenton and Nannetta are again interrupted, this time by the men,who agree that Bardolfo and Pistola will introduce Ford by a false name so he can play his own trick on Falstaff.
Back 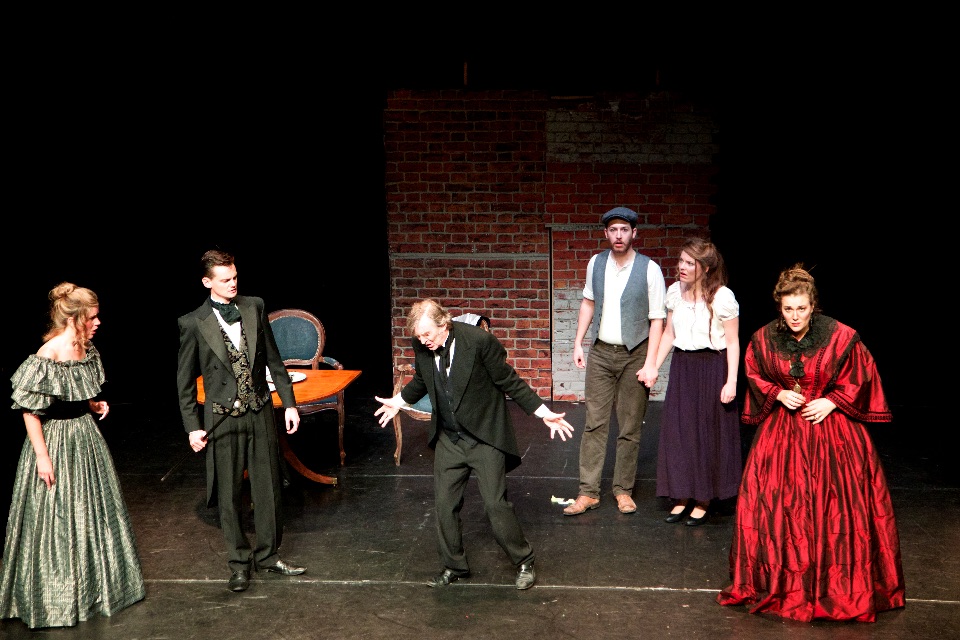